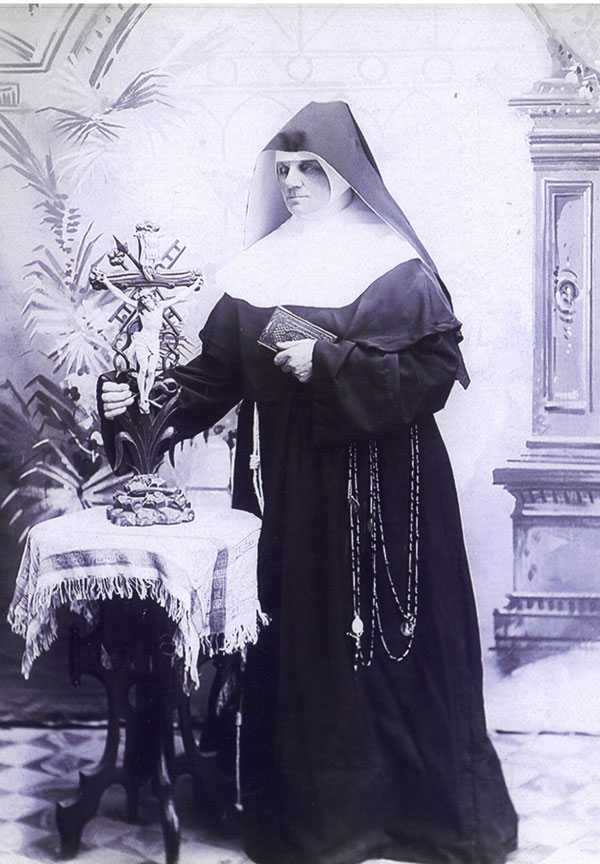 Adele Brise (Brice) was born in Belgium to Lambert and Catherine Brise on January 30, 1831. Although she suffered an accident at a young age that left her blind in her right eye, those who knew her best describe her cheerfulness, fervent piety, and simple religious ways.

Upon receiving her first Holy Communion, Adele and a few close friends promised the Blessed Virgin Mary that they would devote their lives to becoming religious teaching sisters in Belgium. However, this promise grew difficult to keep when her parents decided to move to America alongside other Belgium settlers. After seeking advice from her confessor, she was told to be obedient to her parents. He assured her that if the Lord willed her to become a teacher and a sister, she would serve in that vocation in America.

After the six-week voyage to America, the Brise family joined the largest Belgian settlement – near present-day Champion, Wisconsin. Belgian pioneers’ and settlers’ lives were difficult, and many died in the harsh Wisconsin winters. Adele served her family’s needs by often taking grain to the grist mill.

While walking along a trail in the woods, Adele saw a lady dressed in white, standing between two trees believed to be a maple and hemlock. Although the mysterious woman stayed silent, it left Adele wondering what sort of encounter it may have been. When Adele told her family, they believed her but thought perhaps it was a soul in purgatory visiting this earthly life asking for prayers.

A few days later, on what is believed to be Sunday, October 9, 1859, Adele walked to Mass with her sister and a friend. The church was 10 miles away from home, but Adele made the journey every Sunday, no matter the weather. Along the same path, Adele saw the mysterious lady standing in the same spot between the two trees. However, Adele being the only one to see her, she and her companions continued their journey to Mass.

After Mass, Adele spoke to her parish priest, and he instructed her that if the lady appeared to her again to ask the question, “In God’s name, who are you and what do you want of me?”

On her journey home, Adele saw the lady for the third time. As she and her companions approached the hallowed spot, Adele could see the beautiful lady, clothed in dazzling white, with a yellow sash around her waist. Her dress fell to her feet in graceful folds. She had a crown of stars around her head, and her long golden wavy hair fell loosely over her shoulders. The lady had such a heavenly light around her that Adele could hardly look at her face. Overcome by the light, Adele fell to her knees and said, “In God’s name, who are you, and what do you want of me?”

The lady replied, “I am the Queen of Heaven who prays for the conversion of sinners, and I wish you to do the same. You received Holy Communion this morning and that is well. But you must do more. Make a general confession and offer Communion for the conversion of sinners. If they do not convert and do penance, my Son will be obliged to punish them.”

Adele’s companions, unable to see Our Lady asked, “Adele, who is it? Why can’t we see her as you do?”

“Kneel,” said Adele, “the Lady says she is the Queen of Heaven.”

The Blessed Lady gazed kindly upon them, saying, “Blessed are they that believe without seeing.” Then, looking toward Adele, the Queen of Heaven asked, “What are you doing here in idleness while your companions are working in the vineyard of my Son?”

“What more can I do, dear Lady?” asked Adele, weeping.

“Gather the children in this wild country and teach them what they should know for salvation.”

“But how shall I teach them who know so little myself?” Adele said.

“Teach them,” replied her radiant visitor, “their catechism, how to sign themselves with the sign of the Cross, and how to approach the sacraments; that is what I wish you to do. Go and fear nothing, I will help you.”

Then, wrapped as it were in a luminous atmosphere, Our Lady lifted her hands as though she were beseeching a blessing for those at her feet. Slowly, she vanished from sight, leaving Adele overwhelmed and prostrated on the ground.

This was the simple beginning of Adele’s mission to become a teacher for the Lord and the Blessed Lady.

Go and fear nothing…

After the apparitions and following Mary’s instruction, Adele would venture as far as fifty miles to teach the children. She was undeterred by weather, fatigue, or ridicule and would go from home-to-home offering to do household chores in exchange for the privilege of teaching the children their catechism. Adele’s father built a small family chapel soon after the apparitions.

After several years of teaching alone, Adele gathered around her other women who would assist her teaching mission. They were blessed with much support, not only financially, but by the men and women who stepped forward to build a convent, school, and a larger wooden chapel on the grounds to accommodate the faithful in 1861. The words “Notre Dame De Bon Secours, Priez Pour Nous” was inscribed over the chapel’s entrance, translated as “Our Lady of Good Help, Pray for Us.”

However, Adele’s mission was found to be very difficult at times. Adele and her sisters often did not know from where their next meal would come. Adele would gather them in the chapel and ask for Mary’s help. Before morning, a bag of flour or a supply of meat would arrive at the door.

On October 8th, 1871, almost twelve years to the date of Mary’s last appearance to Adele, the Great Peshtigo Fire broke out. It is still considered to this day the most devastating fire in United States history, killing between 1,200-2,400 people and burning 1.2 million acres. Due to the high winds and dry grounds, the fire quickly became a storm of fire and roared like a tornado right toward the Shrine’s grounds.

Desperate for help, people from the surrounding countryside fled to the Chapel where Sister Adele and the other Sisters were praying for Mary’s protection. Lifting the statue of Mary, those there that night processed around the sanctuary, praying the rosary and singing hymns to Jesus and the Blessed Mother. When the wind and fire threatened suffocation, they would turn in another direction to pray. Early the next morning, it is believed that a steady rain came and extinguished the flames of the fire.

The following is the account of Father Peter Pernin, a local priest who described the grounds after the events.

“After hours of horror and suspense, the heavens sent relief in the form of a downpour. The fervent prayers to the Mother of God were heard. The fire was extinguished, but dawn revealed the ravages wrought by the conflagration. Everything about them was destroyed; miles of desolation everywhere. But the convent, school, and chapel on the holy land consecrated to the Virgin Mary shone like an emerald isle in a sea of ashes. The raging fire licked the outside palings and left charred scars as mementos. Tongues of fire had reached the chapel fence, and threatened destruction to all within its confines; the fire had not entered the Chapel grounds.” 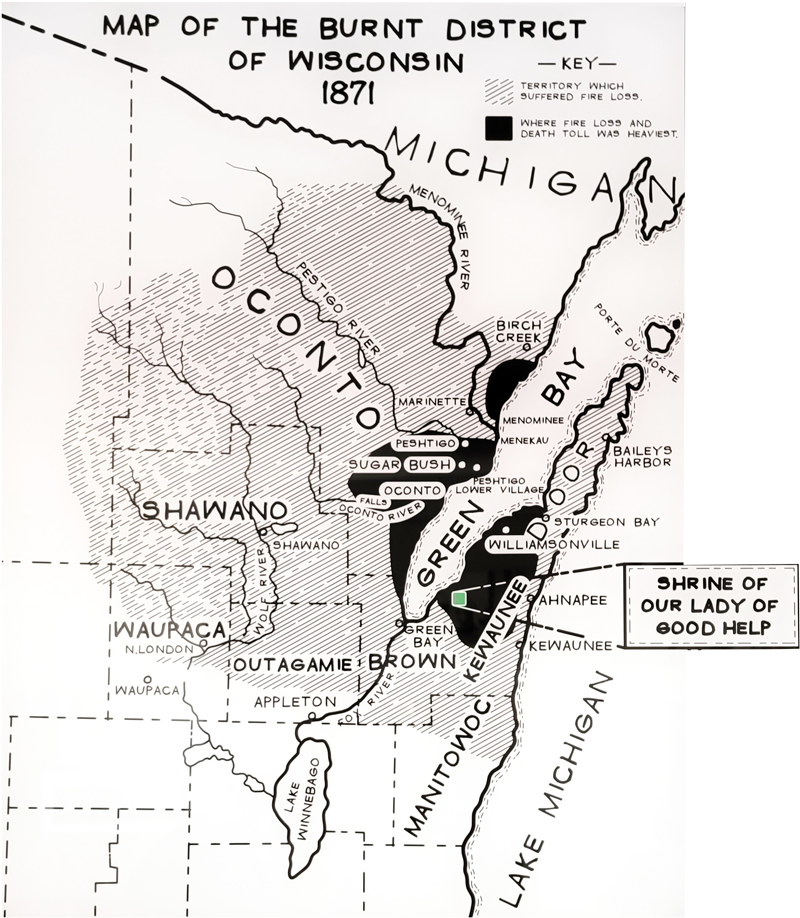 Although the fire charred the outside of the Shrine’s fence, it had not harmed the grounds. However, the area surrounding the grounds was destroyed, and the only livestock to survive were the cattle the farmers led to the chapel. While many deeper wells in the area went dry, the chapel’s shallow well gave the cattle enough water to survive the heat.

To this day, many descendants of those whose lives were spared during the October 8, 1871 fire come to celebrate the miracle on its anniversary. October 8 continues to draw thousands of people from around the country to visit the Shrine and join in all-night prayer into October 9 – the date historians believe marks the anniversary of Mary’s last appearance to Adele.

Adele and her Sisters continued to teach and catechize the children long after the devastating fire. Their presence had a lasting effect on the people of the community. She lived out her ministry with zeal and love of God and Mary. Adele died on July 5, 1896, and is buried in the cemetery located near The Apparition Chapel on the grounds of the National Shrine.

In 2009, Most Reverend David L. Ricken, Bishop of Green Bay, opened a formal Church investigation into the Marian apparitions that occurred in 1859 on the site of the Shrine. The commission reviewed historical information on the apparitions, the life of Sister Adele, as well as its consistency with Public Revelation as guarded by the Catholic Church. In 2010, Bishop Ricken declared the apparitions “Worthy of Belief” by the Authority of the Catholic Church and in 2016, the United States Conference of Catholic Bishops designated the grounds as a National Shrine, making it the first National Shrine in the U.S. with an approved Marian Apparition. 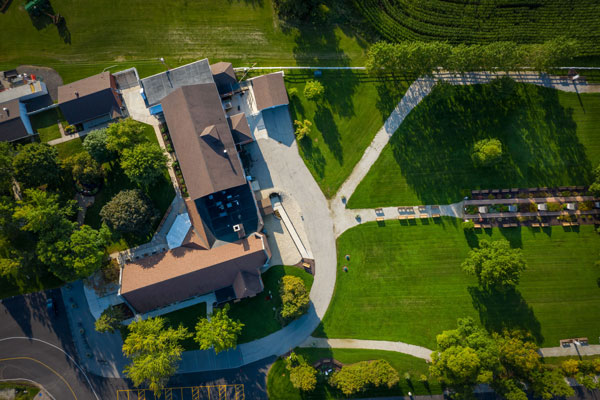 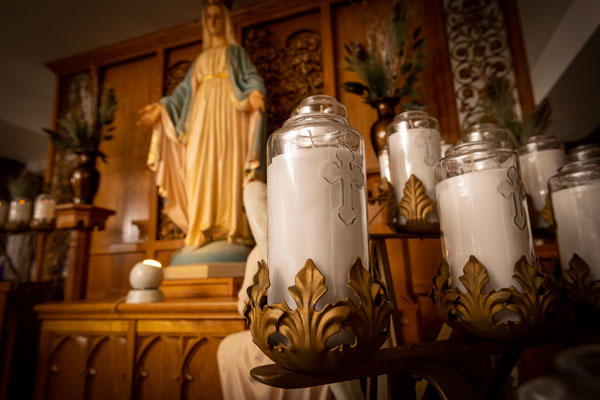 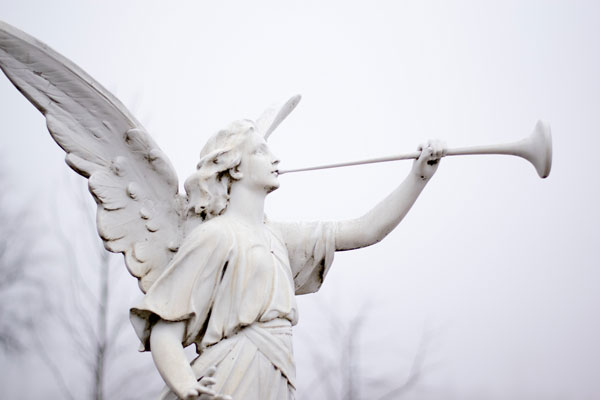 To this day, Champion Shrine continues to be a place of refuge and peace for thousands of pilgrims who travel here to pray for help and healing through the intercession of Our Lady of Good Help.

Annual events at the Shrine, such as the Miracle of the Fire on October 8, the Anniversary of the Apparition on October 9, The Walk to Mary on the first Saturday of May, and the Assumption of the Blessed Virgin Mary on August 15, are widely attended by the faithful from around the country. Many more join the Shrine in prayer – on-site or from their homes – through annual novenas, the Confraternity of the Most Holy Rosary, the Shepherd Project, or through lighting votive candles in the Apparition Oratory. These events, along with their pilgrimages, retreats, and spiritual experiences, make Champion Shrine a home for all seeking a deeper relationship with Jesus through His Mother.

Staying true to Mary’s request of Adele, the Shrine serves as an environment that fosters the teaching of the Catholic faith to children and adults, in addition to being a place to encounter Jesus in the Sacraments of the Holy Eucharist, Reconciliation, and Anointing of the Sick.

Adele Brise, the visionary who witnessed Our Lady in Champion, never learned to read or write and thus chronicled her experiences with the Blessed Mother verbally. Because of this, the above apparition account was developed based on a compilation of oral history from Adele and sources close to her, historical documents, and second and third-hand accounts found in the archives of the Shrine. While some details vary, the account strives to do its best in determining the most common and consistent information across the various historical materials. The constant testimony of the Christian faithful since Our Lady’s appearance to Adele, along with numerous divine favors granted, led the bishop of the Diocese of Green Bay, after a formal investigation, to declare the apparition at Champion as ‘worthy of belief’ on December 8th, 2010. 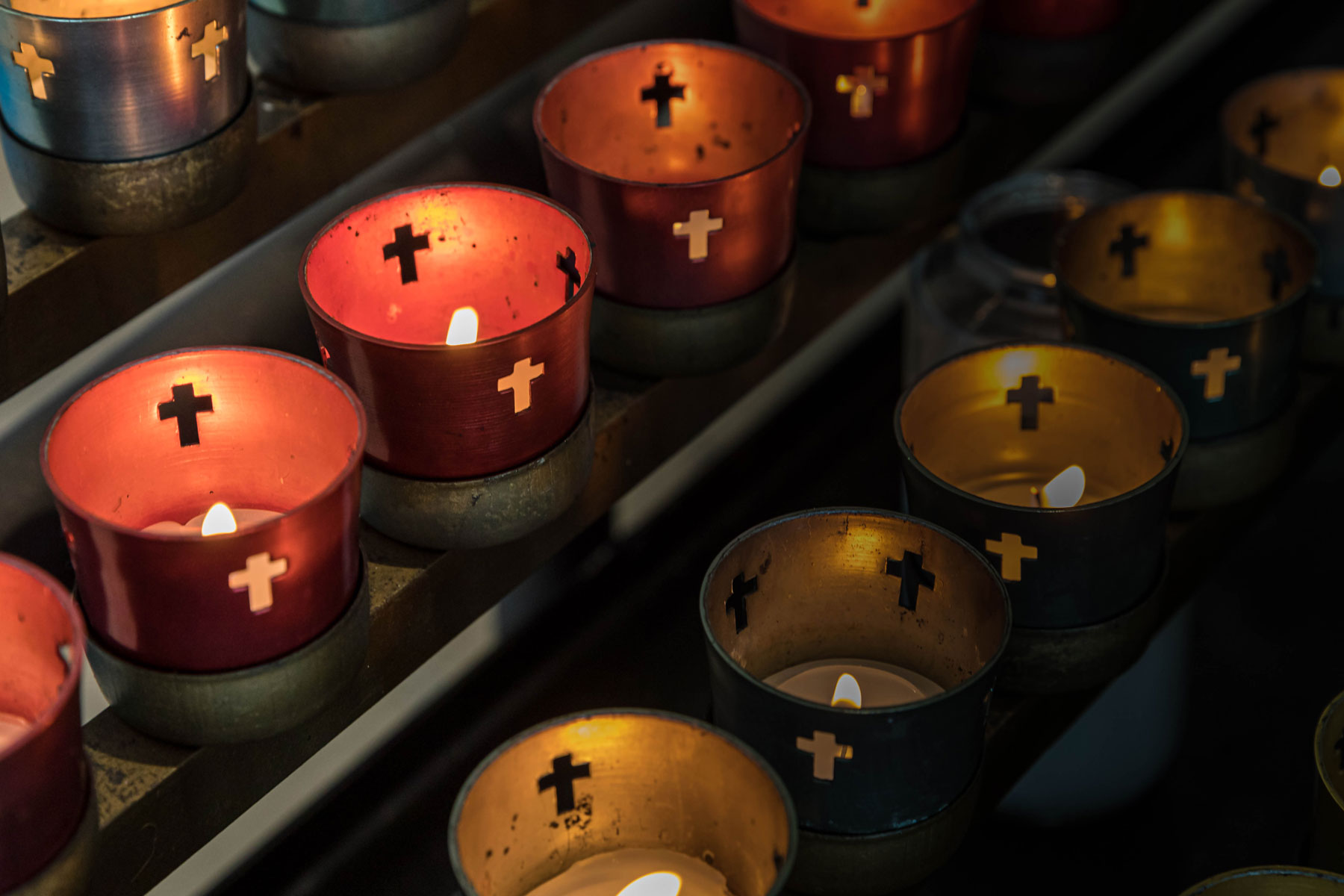 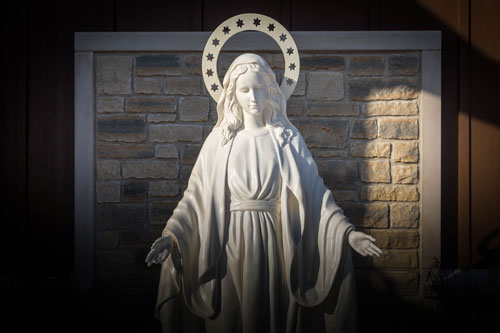